Chronology of the Ragdoll

In 1963 at Riverside, in California, Ann Baker produced her first Ragdolls with Josephine.


The Ragdoll was recognised as a breed in 1966 when Ann Baker registered her first four Ragdolls, Daddy Warbucks, Kyoto, Tiki et Fugianna with the National Cat Fanciers Association.


The C.F.A. accepts the Ragdoll.

The history of the Ragdoll since its creation in 1963. 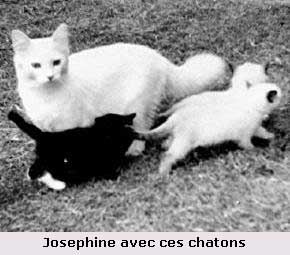 Barfield and Blossom - The first Ragdolls in France

In the 1960s, Ann Baker began her long journey towards the creation of the Ragdoll. Ann had happened upon a non-pedigree cat by the name of Josephine, that had the characteristics of white Angora. Josephine belonged to Anns neighbours, the Pennels. She borrowed her from them to cross her with another non-pedigree cat that had the appearance of a Birman. We say many "appearance" because the possibility of being a real Birman running wild in the streets of California at that time was impossible. (The first Birmans having arrived in the U.S.A. in 1959.)

Josephine gave birth to a male by the name of Daddy Warbucks who turned out be a seal mitted. To perfect the Ragdoll, Josephine was remarried with her son Daddy Warbucks who then produced Raggeddy Ann Fugianna. Ann Baker aquired another of Josephines daughters named Buckwheat, from an unknown father who she bred to Daddy Warbucks. From this union was born a seal mitted male named Kyoto and a seal colourpoint female by the name of Tiki. It is from these four cats - Josephine, Daddy Warbucks, Fugianna and Buckwheat that the Ragdolls breed was founded. These were the first Ragdolls to be registered with the National Cat Fanciers Association on December 30, 1966

From 1965 to 1969, Ann began to develop her breeding stock. The first mention of Ragdolls for sale dates from the beginning of 1969, when Denny and Laura Dayton bought a pair of Ragdolls for breeding from Ann Baker. They called their cats Buddy and Rosie. It is from these humble beginnings by the Daytons that most of our current Ragdolls find their ancestry. During the years 1969-1973, the Daytons had tried with difficulty to work with Ann to help promote the Ragdoll, but Ann wanted to maintain total control. Ann was afraid of losing control of what she considered to be a gold mine if it grew too fast. In an attempt to keep control over the growing number of owners and breeders, Ann created The International Ragdoll Cat Association (IRCA) in 1971 she registered it as a business in September of that year. In order to generate a constant flow of money, Ann also began to franchise the catteries that had purchased breeding Ragdolls from her. On the19 December 1975, in order to protect her "invention", Ann was granted a patent by the Patent Office of the United States (patent number 1026916). Most of the original owners and breeders rebelled against this franchise not wanting to know anything of such an arrangement. 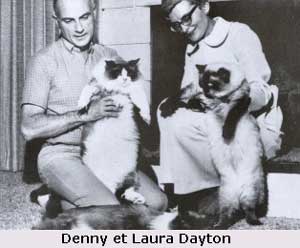 The Daytons having bought their Ragdolls before that date refused this new franchise concept. As a result of the measures taken by Ann, several owners decided that they no longer wanted to be involved with Ann. Fortunately, Denny and Laura Dayton, understood that for the breed to develop it needed to be accepted by the various cat associations. With other breeders the Daytons started a very long and arduous path that resulted in their acceptance in all the feline associations in the United States.

The Ragdolls eventually found their way to Europe. In 1981 England was waiting with open arms for this wonderful breed. Then in 1986 Noëlle Vialatte introduced the first Ragdolls into France. 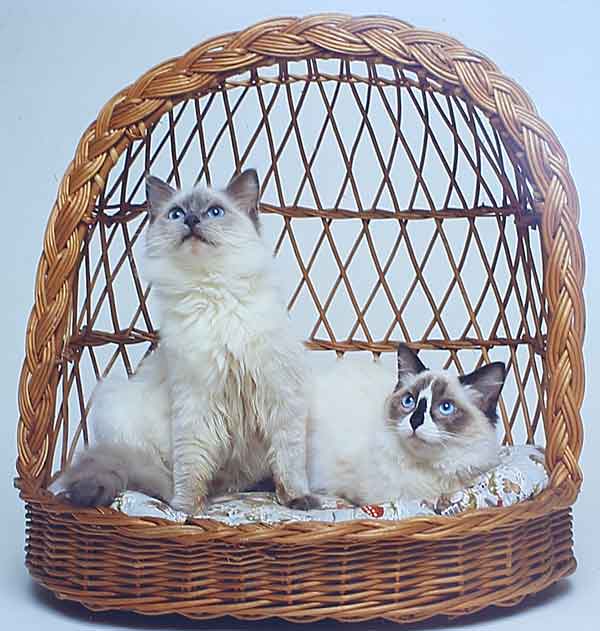